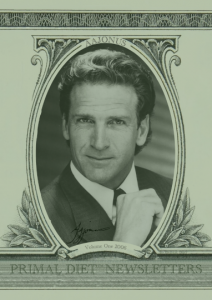 Aajonus warned us for years about exactly what is happening world-wide right now.

In his Primal Diet Newsletters he tells us directly what a virus is, how they are spread and how they are not spread. He puts in layman’s language exactly what we can expect as the next steps in the current campaign that violates constitutional and human rights.. Most importantly, he tells us what we can do so we and our families are protected not only from the virus but from accompanying threats as well.

He lists out some of the other things now included in a vaccine. The original idea of a vaccine was to provide the ingredient that resembles the disease-causing microorganism. Thus, in theory, we would enable our bodies to better fight it. What is now called a vaccine is something way different than that. He provides full data and options and least one very key reference work that you can now view. This has never been available previously.

There are many questions answered throughout these Primal Diet Newsletters accompanied by many remedies and many vital understandings. To Aajonus, this IS his third book. He urges every individual and family to have it. Bring peace of mind into your life; buy it now.

The newsletters Aajonus released between 2006 and 2013 has been split into seven volumes, one volume per year, except for Volume 7 which contains the PDNs from 2012 and 2013 and the content has been reformatted for the best possible on-screen reading experience.

The Food Book by Aajonus Vonderplanitz

Aajonus collected all the entries in The Food Book. He stored these in his hard drive to work on later.  We present The Food Book e-book for your benefit.

Rawesome’s End – The back story

Aajonus – How Supplements are Made